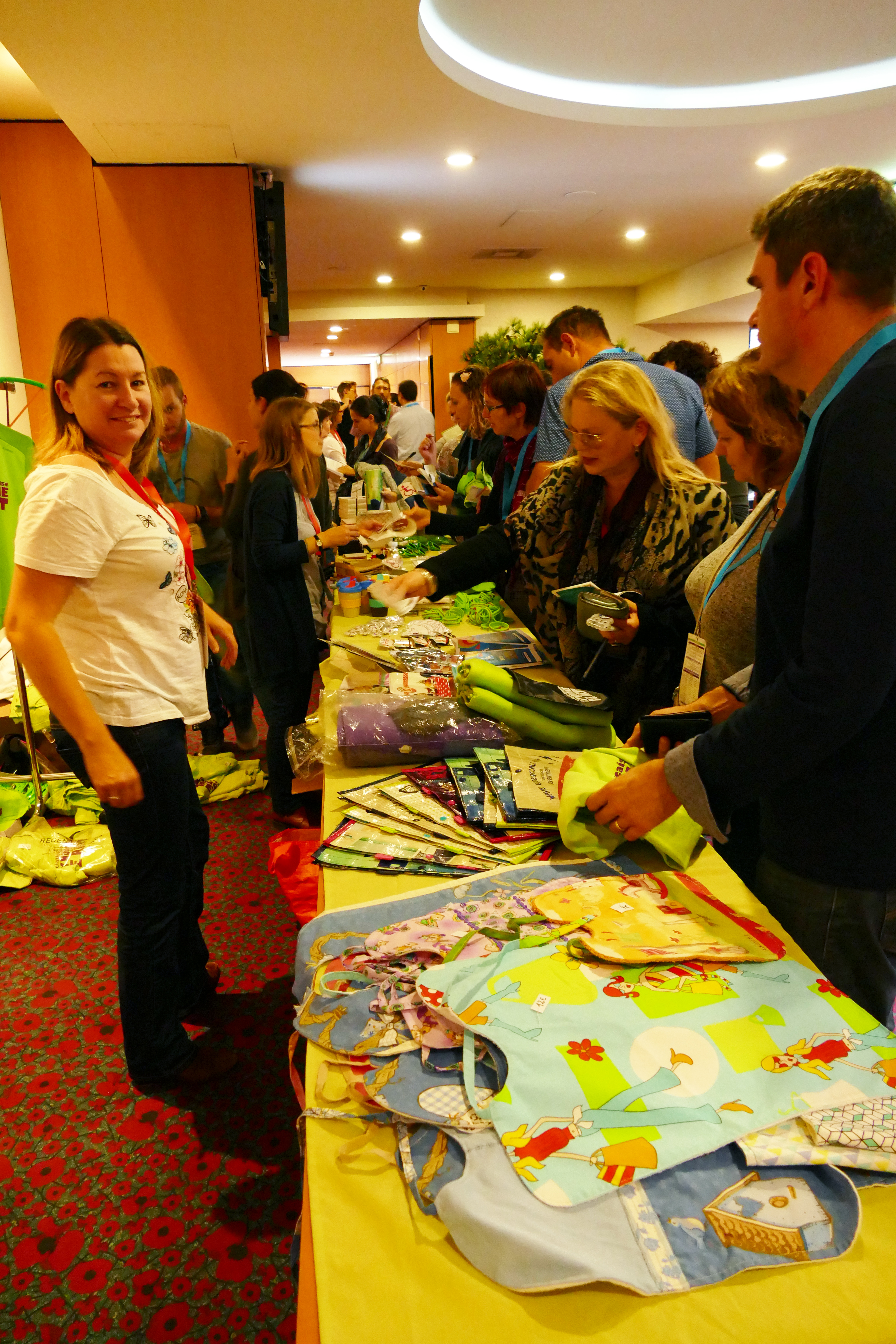 On 7Th and 8th October took place the French National Rett Days. During the weekend around 250 people gathered in Paris to meet and listen to scientific talks and participated to workshops.

Professor Milh (Hopital La Timone – Marseille) started the weekend with a full story about the National Protocol of Diagnostics and health care on Rett Syndrome – A full official documentation and guidelines agreed by the Health Ministry in France that all family should have with them all the time and distribute to all health professionals. The full text (in French) can be found here.

Professor Milh and Dr Nadia Bahi-Buisson (Hopital Necker – Paris) went on describing the creation of the first “Rett Centre” (Multi disciplinary Centre) in the middle of Paris. This centre is part of a global National network called “DefiScience”. A pun made of 2 words “Defi” (Challenge) and “Science”. The word sounds like “Deficience” (different spelling), which means “Deficiency”.

This first centre is aiming at coordinating other specialised centres that have at least one speciality useful for Rett Syndrome and help creating other Multi disciplinary centres in France. The Rett Centre is also aligned to fit in the European Reference Networks (ERNs).

The second talk given by Professor Milh was about the specificity of CDKL5 mutations in Rett syndrome. Patients affected by mutations on the CDKL5 gene (also located on the X chromosome as MECP2) show strong epileptic seizures even before 3 months after birth. Fields of research cover drugs that are also investigated for MECP2-pathies (IGF1) and other approaches specific to CDKL5-pathies such as GSK3beta inhibition or HDAC4 targeting.

Professor Linglart (Hopital Le Kremelin-Bicetre – Paris) explained the clinical trial OSRETT where almost all MECP2 mutated girls have been following. Mutations in MECP2 deregulate the expression of the gene coding for the OSTEOPROGETERIN, a protein essential in the formation of bones. The bone fragility of Rett (MECP2) comes from a misbalance between of the bone formation and destruction of the bone tissue. The treatment consists of intra-venous administration of Pamidronate (bisphosphonates) during 3 days every 3 months for 2 years at the hospital. Results showed an improvement that last during years of the bone density and a lower concentration of calcium in blood (the calcium is incorporated into the bones). A diet including calcium is recommended to all individuals, especially cheese with hard pasta like Parmesan.

A really disruptive talk by Professor Edith Heard (College de France – Paris) showed that the reactivation of the X chromosome is not science fiction anymore.

On Sunday, 9 workshop sessions were available to families including: communication, back surgery, ortho-prostheses, drugs on epilepsy, teeth health care, gastrostomy, how to organize (legal and administrative) the parents “departure”.