The 4th European Congress on Rett syndrome took place in Rome during the last weekend of October. More than 400 participants were present. The congress was divided between poster sessions and two parallel sessions; one dedicated to researchers and clinicians talks, while the other was moderated by therapists, educators and teachers.

In the therapists’ session, Dr Meir Lotan (Ariel University, Israel) discussed the reasons behind the cessation of independent walking and showed examples of therapy and the use of Applied Behavioural Analysis (ABA) to enhance walking. Behaviour analysis focuses on the principles that explain how learning takes place. Positive reinforcement is one such principle. When the desired behaviour is followed by some reward, the behaviour is more likely to be repeated. This method was introduced for Autism and is now applied for Rett syndrome.

Dr Lotan recommended only the use of corsets when the child has hypotonia, leading to breathing difficulties. Surgical intervention was mentioned as a last resort for the treatment of scoliosis.

Dr Lotan reminded that walking was found to:

On the basis of his research, which shows that rehabilitation of older people with RTT is possible, Dr Lotan suggested that the progression of RTT should not be considered to go through 4 stages, but as it was proposed in 1987:

Interestingly, Dr Lotan presented results of his therapy with a group of Irish participants who followed instructions through Skype connections, paving the way for remote access to care.

Dr Sarojini Budden (Oregon Health & Science University, USA) sent the general “take home message” that one needs to look for all possible medical causes such as pain and/or discomfort from (e.g reflux, orthopaedic, ear infections, dental, gastrointestinal, etc) before coming to the conclusion that the problems are caused by emotional and behavioural difficulties and treating them specifically, particularly when using medication.

Transition from paediatric to adult services and lack of services for adults were also discussed:

Dr Budden pointed out that planning for transition was crucial. Most countries lack services for older adults with RTT and she explained the need to establish clinical “passports” to make it easier to go from one service to another. The need also to look at the general problems of ageing with more specific clinical guidelines (e.g cardio-respiratory, nutrition, etc.) and the need to focus on rehabilitation for older Rett people.

A very emotional session was given by Dr Elefant Cochavit (Ariel University, Israel) on how helping girls with music therapy and augmentative communication and a very personalised method using videos.

Dr Andrea Nissenkorn (Sourasky Medical Center, Israel) presented a study on epilepsy based on data found in the European Rett Database Network. The conclusion was clear: there are still many unknowns about epilepsy in Rett syndrome and this session was a demonstration of the potential use of all databases to get significant and meaningful data about Rett individuals.

In the scientific session, breakthrough results were presented such as new avenues for CDKL5 disorders therapies. Dr Elisabetta Ciani (University of Bologna, Italy), showed how to rescue learning in CDKL5 mice models.

Dr Michael Green (University of Massachusetts Medical School, USA), gave an impressive talk where he showed how “easy” it was to reactivate the silent X-linked genes. The reported results are particularly important in Rett syndrome, as only one of the X chromosomes possesses a malfunctioning mecp2 gene.

Dr Peter Huppke (University of Gottingen, Germany) addressed a key question on the role of microglia in Rett syndrome as his team and two other different laboratories were not able to reproduce results publish by Kipnis et al. regarding bone marrow transplant to reverse Rett syndrome.

A dedicated session on clinical trials in Rett syndrome was particularly informative. We learned that:

– NNZ-2566 trial (trofinetide) showed evidence of effectiveness to treat core symptoms of Rett syndrome. However, the FDA requested additional phase 3 studies in order to confirm the efficient dose of the drug (efficacy could only be achieved at a higher doses than expected) and more results on children and younger adolescents – Dr Daniel Glaze (Blue Bird Circle Rett Center and Texas Children’s Sleep Centre USA)

– Copaxone trial on 20 females showed that 7 subjects improved their gait speed, breathing behaviour improved in five subjects, 5 participants increased cognition scores and EEG improved in 4 patients – Dr Aleksandra Djukic (Montefiore Medical Center, USA). However, another clinicale study had to be stopped because of intolerable side effects: it is therefore not clear if Copaxone could be a valid treatment – Dr Bruria Ben Zeev (Sourasky Medical Center, Israel)

– EPI-743 trial was based on data showing that oxidative stress and dysfunctions of mitochondria could be causative of some symptoms in Rett syndrome. The study did not show any improvement compared to placebo, except for a significant head growth compared to placebo – Dr Joussef Hayek (Policlinico Le Scote, Italy)

A status of Research in Europe was given by Béatrice de Montleau (EURORDIS). She drew attention to the fact that European Research was mainly funded by Framework Programmes and that patients are more and more involved to develop the knowledge, raise awareness and ensure communication takes place between all involved. A conclusion also shared by Dr Gérard Ngyuen (Hôpital Avicenne, France) in his talk entitled “Rethinking the future of clinical trials”. 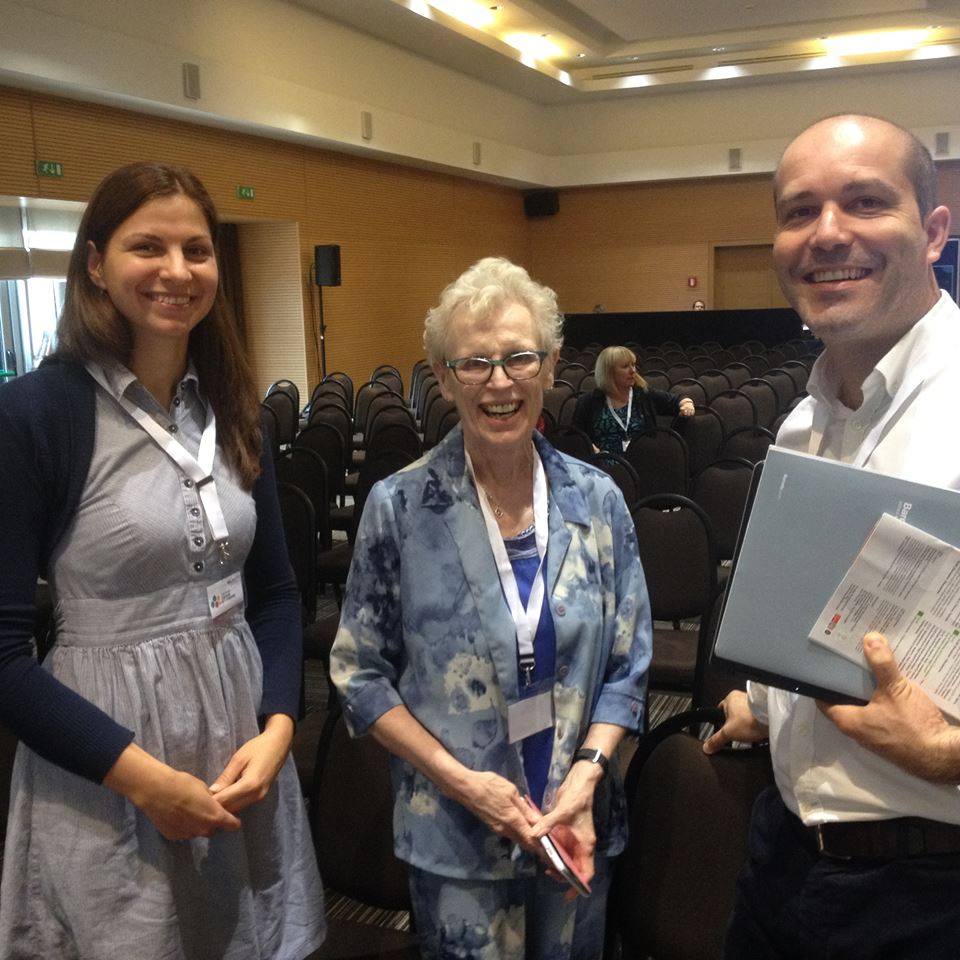 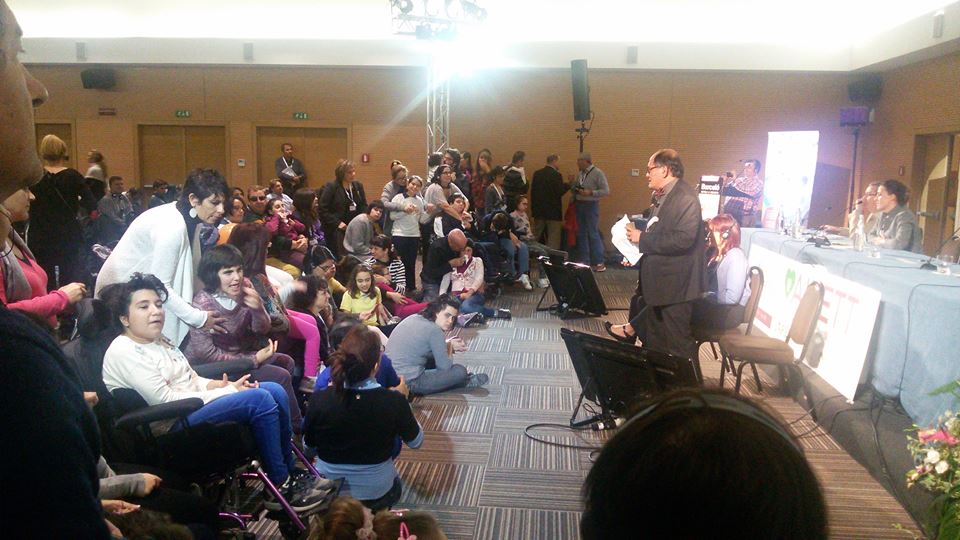 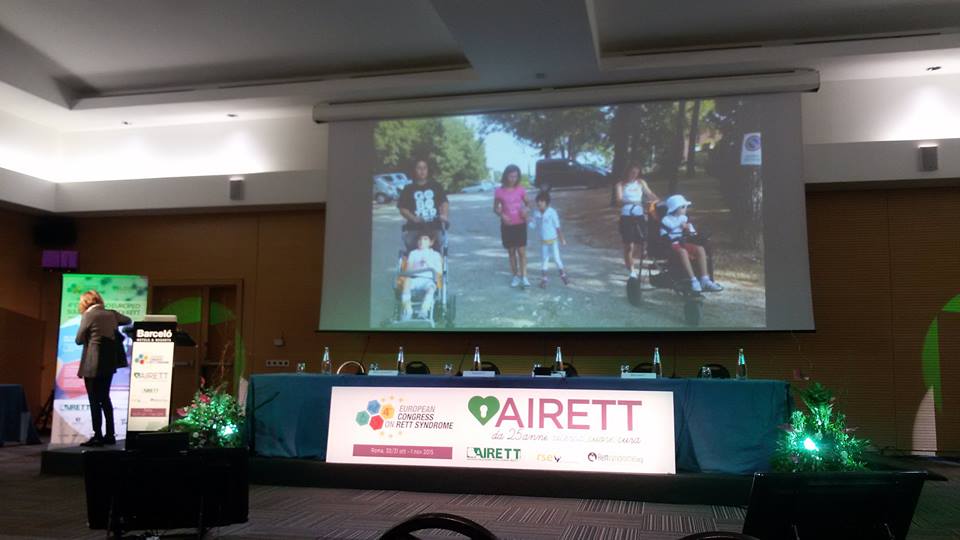 The congress was the opportunity for Rett Syndrome Europe representatives to gather for the annual RSE general assembly meeting, where board members Yvonne Milne (UK), Wilfried Asthalter (Germany) and Thomas Bertrand (France) were re-elected for a further term. Caroline Lietaer (Belgium) was elected as a new member while Danijela Szili’s (Hungary) term was still running. Martine Gaudy (France), a long serving member of the RSE board, had decided not to stand again for re-election. She sent her best wishes and greetings for the meeting. On behalf of the board and its member countries, grateful thanks are due to her for all the years she has worked tirelessly for Rett syndrome. Her wise counsel and great experience will be very much missed. 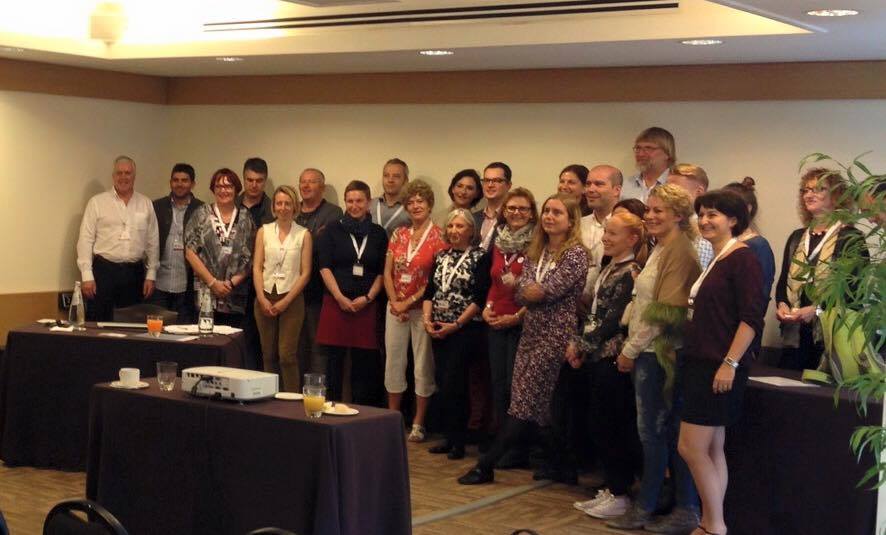 See you all in Kazan!