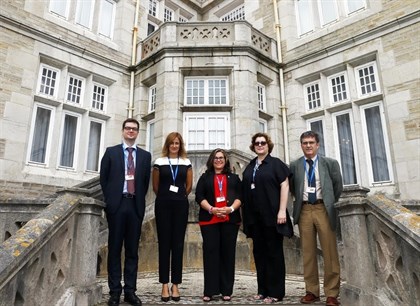 In the Beautiful city of Santander, at the historical Palace of Magdalena, took place a conference on Rett Syndrome.

The aim of the conference was to refocus the fundraising in the country for research on Rett syndrome in creating a common fund between the Spanish and Catalan associations: FINRETT.

Families on site and abroad (via streaming) gathered with doctors, scientists and decision-makers in Spain. 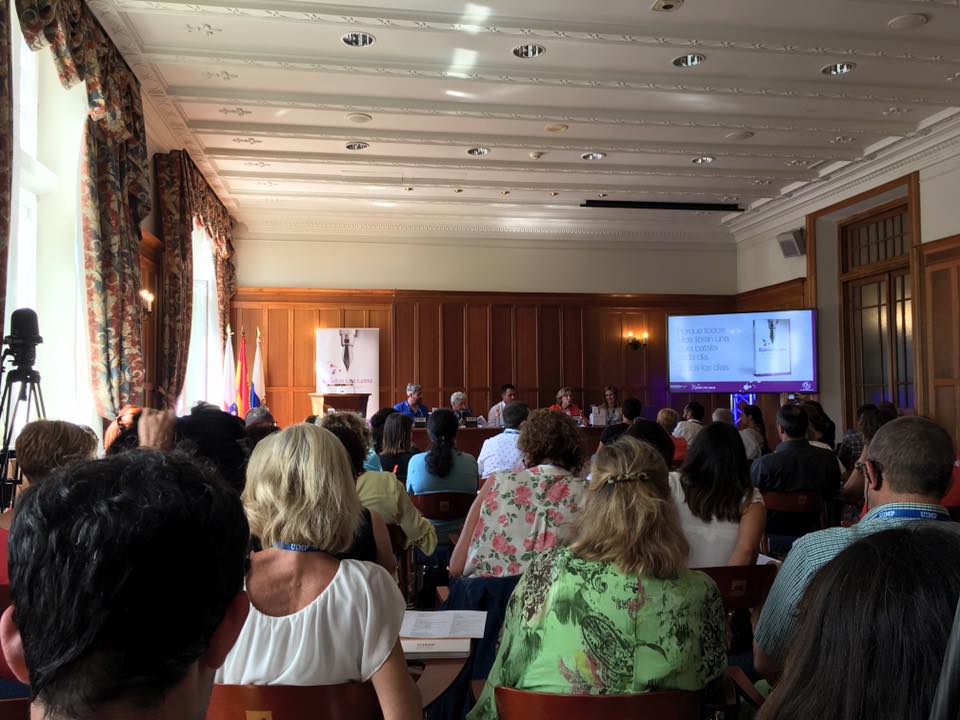 The first day was dedicated to the situation of research in Spain in the morning, focusing on the protection of patients and transparency in the patient’s data. In the afternoon, Thomas Bertrand (Rett Syndrome Europe) presented the recent activities in Europe and focused his talk on the Rett Resource project as well as the place of Rett Syndrome in the European Reference Networks’ landscape. Examples of family Empowerment and fundraising for the research for a cure in the USA where given by Paige Nues (rettsyndrome.org), Monica Coenraads (rsrt) and Rachael Stevenson (reverserett). In terms of research, gene therapy has been largely discussed, offering promising hopes.

The second day was lead by researchers; starting with Pr. Stuart Cobb (University of Glasgow, UK) who showed that reintroducing a highly truncated version of MECP2 (only 38% of its total size) in Rett mice models is sufficient to recover almost all wild-type phenotypes. In terms of gene therapy, delivering a smaller fragment of the gene would simplify the process. Pr. Nicoletta Landsberger (Milan, Italy) reminded the importance of the mice models in Rett syndrome (RTT) studies. Her talked focused on the Y120D mutation in the Methylated DNA binding domain of the MECP2 protein. In mature neurons, this particular mutation impairs chromatin compaction as well as the recruitment of other co-repressors. Pr. Alan Percy (Birmingham, USA) pinpointed the usefulness of natural history studies (NHS) to understand the disease in a longitudinal way. NHS in USA for Rett syndrome started in 2003, although was not yet RTT-exclusive at that time. A lot of useful data was collected over time on thousands of American Rett individuals with critical findings including developmental skills, growth, epilepsy, breathing patterns, scoliosis, phenotype-genotype correlation and other quality of life measurements. Pr. Percy reminded that these findings are key to find outcome measures and run clinical trials. Pr. Yi Eve Sun (Shanghai, China) gave a surprising talk about Rhesus monkey models of Rett syndrome. In her videos, the 5 monkey females with mutated MECP2 genes showed typical Rett phenotypes like stereotypies (but not hands), long QT, sleep disorders, dysfunctions of the immune system and deceleration of the head circumference growth. Pr. John Vincent (Toronto, Canada) gave an interesting hypothesis on the role of the N-terminal acetylation of the first Alanine of the MECP2 protein sequence. One of the typical RTT mutations is Ala2Val. After the Methionine 1 cleavage, proteins see their second amino acid acetylated. It was shown that the acetylation efficiency is only 50% on a Valine residue compared to 100% with an Alanine. Therefore the Ala2Val mutation would need to a partially acetylated Valine residue. This mutation together with others was modelled in regards with the binding to DNA and some structural and functional explanations were proposed.

During the third and last day of the conference, Dr Judith Armstrong-Moron (Barcelona, Spain) focused her talk on cases where typical RTT phenotype does not correlate with any referenced mutations on known genes. In that case, Whole Exome Sequencing is necessary. Dr Armstrong-Moron also showed new and unpublished results on X-chromosome inactivation where inactivated X-chromosomes in cells of Rett patients are not necessarily the ones that carry the wild-type copy of the MECP2 gene. For instance, in patients with R270X mutations, when one X chromosome is in 80% of the time inactivated (e.g. the X coming from the father), the mutation was carried on this inactivated chromosome. The expressing chromosome carried the WT form of MECP2. Dr Angeles Garcia Cazorla (Barcelona, Spain) reminded the audience of the Excitatory/inhibitory balance, especially the GABAergic system where, during the brain development, the excitatory activity is the major activity, while in the mature brain, the inhibitory activity is preponderant. In regard to the proteins involved in these processes (NKCC1/KCC2), Dr Garcia Cazorla discussed the role of inhibitors in the treatment of neurodevelopmental disorders and epilepsy in RTT. Dr Manel Esteller Badosa pointed out the importance of epigenetics in RTT as genetic syndromes are mainly caused by mutations in epigenetic genes impairing processes like miRNA processing, DNA methylation, histone acetylation and many others. Both Pr. Juan Ausio (Victoria, Canada) and Dr. Marian Mellen (New York, USA) described the particular structure of the chromatin, showing that MECP2 is not responsible for the change of the chromatin nucleosome repeat length (the space between each histones along the DNA) and that 5hmC and 5mC bases of DNA are localized in accessible regions of the DNA (euchromatin, where the DNA is less compacted) when they are followed by the Adenine base, contrary to when they are followed by Guanine base (5hmCA vs 5hmCG).

The conference closed with presentations on the eye-tracking technology, concluding remarks from the organizing committee and key players in the field of rare diseases as well as the diffusion of a film “the finish line”, a documentary of a father who participated in marathons throughout Spain to make Rett syndrome better known to the public.

The actual situation and tendencies in Research: Santander 2017 – Highlights
Scroll to top